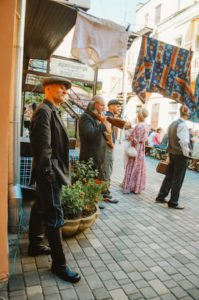 Take part in a criminal life of old Odessa via seeing a bandit’s meeting by your own eyes.
In a special time, in a special place, we are going to see something that shouldn’t be seen. Deep in the mysterious labyrinth of catacombs we’ll spot bosses of Odessa’s mafia and watch them decide a fate of the city. Long table, candles, atmosphere of danger and silence of underground. Have a short conversation, have a drink and get some knowledge about people and places you see.

So here is an excursion to Odessa catacombs with “criminal Odessa” style animation.

Odessa was built from the stone we have under our feet. Everyone mined under his own courtyard, but the thing is that courtyards was so close that mines usually became connected. This way we created Europe’s biggest catacombs, a place for contraband, criminal’s secret shelter and place to hide for partisans. 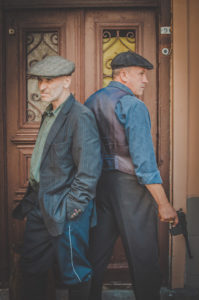 Experiences can be ordered only for your company. Calculation of cost on request.