Excursion to the Odessa port and lighthouse 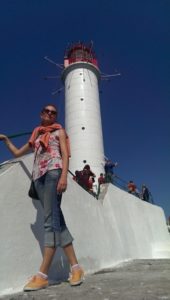 Here is special opportunity of getting into the closed territory of Odessa’s docks, seeing it from inside, having an incredible on-water walk to one of our city’s symbols – Vorontcovski lighthouse, and maybe taking your wish while ringing lighthouse’s bell. That will take nearly 1,5 hours.

If it’s not enough for you, we also have an option of having a different view after that. Not from land, but from the ship, so you can see both sides of this piece of beauty. 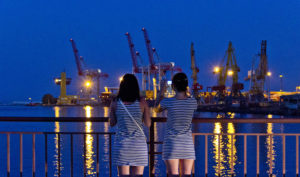 Odessa was obviously built as a port. The one that gave people freedom and made Ukraine Europe’s biggest wheat exporter. The port was a place all import went through: silk, tobacco, spices, coffee and tea. Or maybe just simple stones our streets are covered in now. Also, funny enough, Odessa was known as a city without thin cats, which were fed by ship’s rats and crop mice. Some of them are still there to be and look at.

Experiences can be ordered only individually for your company. Calculation of cost on request.