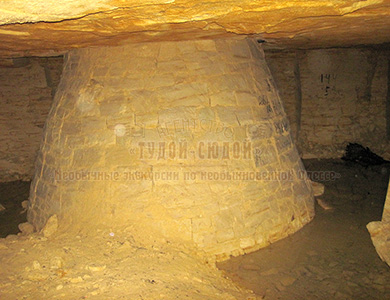 This excursion can be justly called immersion into mystery. You may wonder what is there so special that you have not seen yet? There’s only one reply! Everything!

Believe it or not, but we didn’t list everything.

WARNING! The air temperature in the Odessa catacombs is + 13C at any time of the year, so please get dressed accordingly. Comfortable sport shoes and clothes are strongly advised.